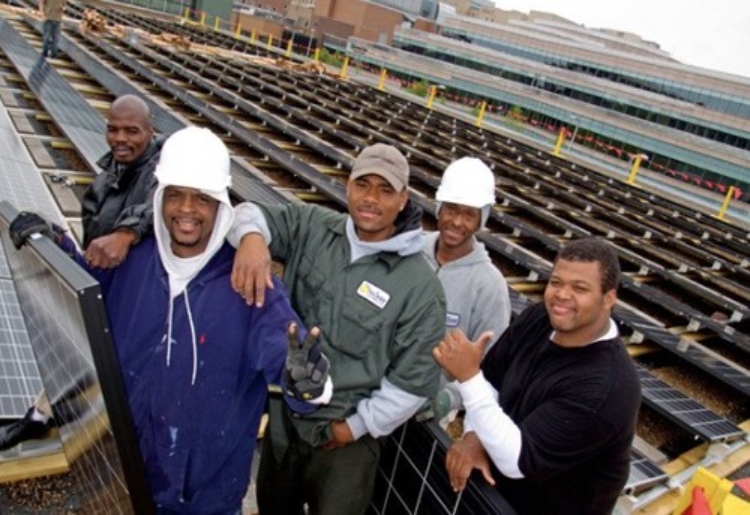 Often times, people note that multinational corporations have little regard for individuals, workers, the environment and the common good of everyone and everything on the planet in general except for themselves and their shareholders. However, there are some companies coming about that are putting greater value in providing workers with more incentive to give more to the company and their local community. That incentive? Ownership.

Usually, the structure of most co-ops gives the option for some or all of its employees to participate in an employee-ownership program. This gives workers more incentive to produce better products and to also find ways to build them more efficiently. And since the owners are usually people in the local community, it gives the company more reason to preserve the immediate natural environment. In addition to this, it also promotes more equitable profit sharing throughout the company, higher wages, circulates and ultimately keeps more money within a community, and gives more incentive for the company to invest in and educate its members.

It’s also notable that in our exploration of ways to create a resource based economy and moneyless society, business structures such as the cooperative, could provide a valuable framework to progress toward the goals and aspirations of the community in general and advance technology that could ultimately be a catalyst to eliminate the need for money in many circumstances. 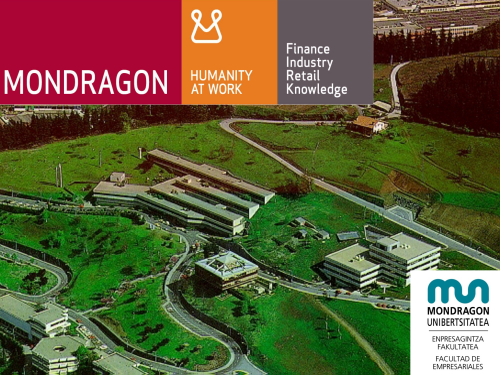 Mondragon is one of the leading and largest cooperative organizations in the world. Headquartered in Spain with 257 companies and cooperatives worldwide, 74,060 people and $16 billion in revenue posted for 2013, they are a behemoth of cooperative organizations. From engineering and automation, vacuums, advanced car parts, meat, dairy, and much, much more, Mondragon has been building products and putting money back into local communities since 1955. They even have a university that educates its members so they can develop greater career skills and help themselves and the cooperative at the same time.

While they have suffered some criticism for not being as environmentally conscious as they could be, and not all who work for Mondragon are actually owners of the company, their typical CEO-to-lowest paid worker wage ratio is only somewhere between a mere 3-to-1 and 6-to-1, depending on the company, as opposed to the 250-to-1 or 300-to-1 income ratio that is found in many large, multinational corporations. This in itself is a huge step in the direction of worker equality and promotes a mindset that encourages greater participation, enthusiasm and cooperation between employees and worker/owners. 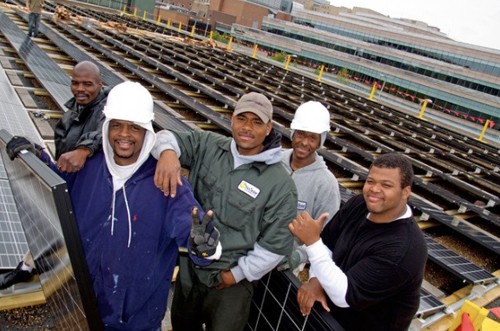 Based in Cleveland, Ohio and launched in 2008, the Evergreen Co-op is focused on creating living wage jobs in low-income neighborhoods in an area known as Greater University Circle. Not only has the cooperative managed to help residents of the community find meaningful employment, they are also focusing their efforts on businesses that create a more sustainable world.

The cooperative’s businesses are comprised of a commercial laundry facility which processes 10 million pounds of laundry per year with green technology to reduce waste and energy consumption; a commercial/institutional/governmental solar development, installation, production and maintenance company; and a 3.25 acre hydroponic garden – one of the largest in the United States. Their mission lies in creating green collar jobs, recruiting and training individuals in impoverished neighborhoods and helping them build equity in the company while keeping financial resources within the community. They also have the goal of being an example for other areas of the nation to adopt similar plans for economic and community reinvestment. 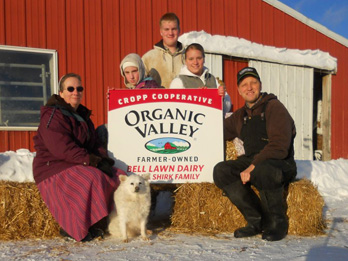 Organic Valley is a perfect example of a trusted and well-known brand that is promoting a healthier lifestyle and more sustainable practices due to cooperative ownership (with relatively few people knowing about the co-op itself). Since their founding in 1988, they have blossomed to 1,779 families and have become a well-recognized provider of quality, organic food products throughout the United States.

Not only has the cooperative achieved an impressive stance in the marketplace, with consumers demanding their products even in WalMart but they have also gained political power and influence concerning improved standards in organic farming and the like. By protecting the health of the family farm and supporting rural communities, they have built a considerable market share in the industry. In addition to this, in 2012 the cooperative as a whole produced 68% of it’s own electricity needs, reduced its water usage by 5 million gallons, and sourced 32% of their diesel fuel from bio-based material or straight veggie oil. They also aim to make that last number 60% by the end 2015. 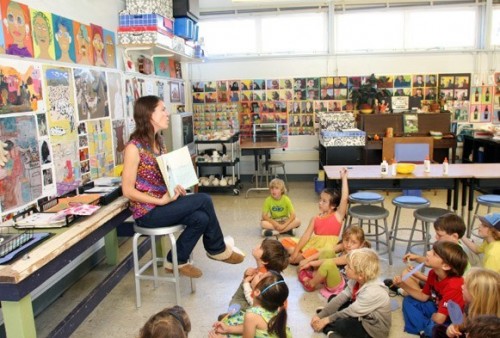 A little less well-known, but equally important aspect of the cooperative movement is education that incorporates parental participation. In San Diego’s Cooperative Charter School, parents are required to partake in school activities (not necessarily during school hours) that show that parents are interested and actively taking part in their child’s education. This not only provides parents with an opportunity to become more involved in the child’s schoolwork and extracurricular activities, but the child is also more encouraged to perform better because he or she sees that they are important enough for their parents to take an active interest in their education.

The school accepts students from anywhere in San Diego County and is located close to downtown, which is great for parents who commute to the city but still want to be close to their children during the day. Class sizes are small, diversity is embraced and each child’s unique learning style is respected. The school’s goal for each student is always the same: “to provide significant experiences that will begin a lifelong process of discovery leading to a richly rewarding and happy life.”

Most people don’t even realize just how many housing co-ops there are in existence today, and even more so the potential they have to dramatically change people’s quality of life. Housing cooperatives not only keep costs down by pooling resources for greater leverage and cutting out profits for landlords, but they also provide an excellent platform for people to get involved in the community in which they live and become part of the decision making process. It can also literally be the difference between being isolated among your neighbors or having a rich, quality social life.

Since many of us must, without much choice, still depend on and interact with the monetary system on a regular basis, it would seem to be in our best interest to utilize the systems and technology we have available to us to advance the goals supporting a transition to a resource based economy and an eventual moneyless world.

We could start to see many cooperative organizations combining cohabitate living situations and progressive work environments in the future. The combination of a cooperative organization in a cohabitate living environment like the Agora Garden Tower in Taipei (currently under construction), could have the potential to develop progressive technology in the fields of automation, permaculture, waste reduction, recycling, and more, all while providing living quarters, food, energy and even education to its members as part of the membership in the co-op. 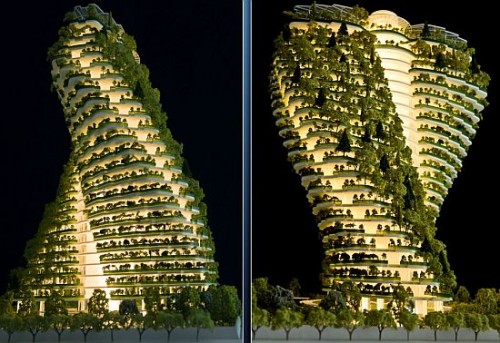 As the general mindset of society continues to head in the direction of fairness and equality, more organizations like the ones above will continue to sprout up and change the landscape of our corporate world and the framework of our society on both a small and large scale. Companies like these are pushing us in the direction of a more fair and just world and without even knowing it much of the time – ultimately a moneyless society and resource based economy.

If you have a local co-op that you can get involved in, now is a great time! Or if you don’t have one close to you, maybe consider starting one with some other individuals in your community. Here is a great resource guide to help you. 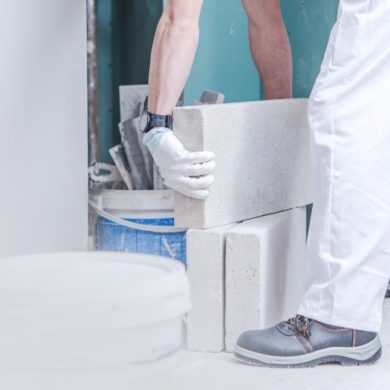 How Long Until You Can Print Your Own House?