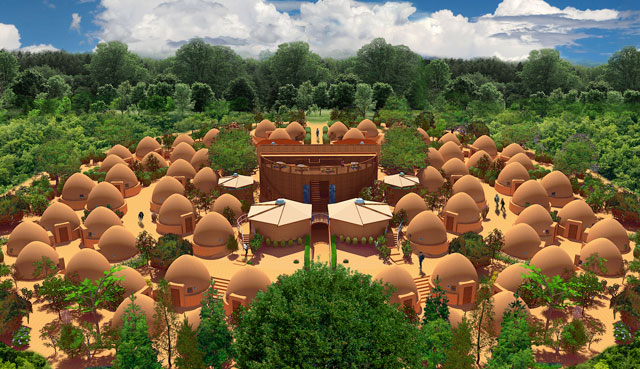 One Community Global is a 100% volunteer non-profit and non-governmental organization with the aim of helping people create a better society. Over 400 volunteers have contributed to its development, and since the launch of the project in 2010, total volunteer time has aggregated to over 100,000 hours.

As a part of its pledge, the nonprofit organization asks every member to contribute equally and fairly to fulfil their basic duties and responsibilities in line with the global goals of the community. One Community global organization emphasizes community spirit and teamwork and believes that this is a necessity for the organization to maintain financial viability and continuity as it strives to achieve its overall objective. The organization, in its pledge, states “we pledge to do our best to think globally, live collaboratively, and create the most profound and positive impact we can for The Highest Good of All people and life on this planet.” “The Highest Good of All” is the organization’s highest value and it includes seeking all-inclusive collaborative solutions that encompass and support the happiness and wellness of individuals, groups, and the whole planet.

Adoption of Resource Based Economy (RBE) of One Community Global Organization

One Community global organization believes the current economic system has been grossly ineffective and unfair to many people. It also believes that the existing money-based financial system has been instrumental to social problems such as starvation, homelessness, scarcity, and the inability to afford or have access to things like quality education, clean water and electricity. It also notices an ever-increasing gap between those who have more resources than they could ever use and those who have to unavoidably live without them.

Hence, as part of its open-sourced and “Highest Good” approaches to food, energy, housing, education, social architecture, fulfilled living, and other aspects of life, One Community Global adopts the resource based economy (RBE) as one possible solution to the planet’s contemporary social challenges. Similar to Jacque Fresco’s The Venus Project, One Community Global, and other similar social engineering organizations are poised to demonstrate and promote the moneyless RBE approach in pursuit of its Highest Good of All living mission. The nonprofit organization believes that this approach comprehensively addresses these contemporary issues and can successfully mitigate them.

Also, One Community is committed to prove that the sharing of resources and free-sharing of ideas is also significantly more ecologically sustainable, and fosters enhanced efficiency, ingenuity, and collaboration. The non-governmental organization also believes that by eliminating the emphasis on what people own and consume, more resources can be made available for all. It also emphasizes the use of consensus decision making regarding efforts to replace, upgrade, or purchase products needed to maintain the comfort, efficiency, and convenience of its community. This consequently reduces wastage, encourages cooperation, and enhances an integral environment where relationships are preferred to accumulation of material possessions.

However, this does not mean that One Community is a free community. As implemented by the One Community global organization, the time and energy invested by its voluntary members is the only currency in the community, and all resources are collectively shared and communally managed by the group. Furthermore, the organization also advocates consensus governing as a foundational aspect of its decision making process. While this form of organization is not a necessity in a resource based economy, One Community Global believes in commitment to equality, open and respectful communication, and effective team building.

The Basic Principle of RBE

The concept of a cooperative economic and socially-inclusive system that eventually evolved and was popularized as Jacque Fresco’s “resource-based economy,” was first proposed by Howard Scott in the early 1900s. At the backbone of a resource based economy is the moneyless economic system. This means that all goods, resources, products and services made available to everyone in the economy without the use of money, credits, barter, or any other financial system that subjects citizens to debt or servitude. The moneyless resource-based system believes that there is an abundance of resources for everyone, and that everyone in the economy can benefit by sharing and working together for the support and highest good of all participants.

Beneath the surface, a resource based economy revolves around the methodological application of science and technological procedures for human concern, the creation of abundance for everyone, and the automation of labor and decision making. It also emphasizes a cultural shift from guilt and condemnation to personal and social responsibility, replacing ownership with access, allowing cooperation instead of competition, and ultimately the virtual elimination of law and enforcement consequent to the reduction of crime and violence to the barest minimum.

How Viable is One Community’s Moneyless System?

While many people may wonder how viable and achievable an all-inclusive collaborative society backed by a resource based economic system is, the organization sees the family unit as the existing example of the economic system. In most family units, resources are shared without exchange or barter. Also, every member of the family works together to achieve their common goals. Regardless of family size, leadership structure, and individual input within family units in different parts of the world, the philosophy of collaboration and sharing is fairly universal. So, as novel as this approach may sound, it is not so far-fetched or unachievable.

“One Community’s belief is that this concept of sharing and working together is individually beneficial and an approach that demonstrates living for The Highest Good of All.” With committed and passionate volunteers who are voluntarily collaborating, creating and donating their time and other resources, One Community global organization believes it is possible to achieve and attain its these goals.