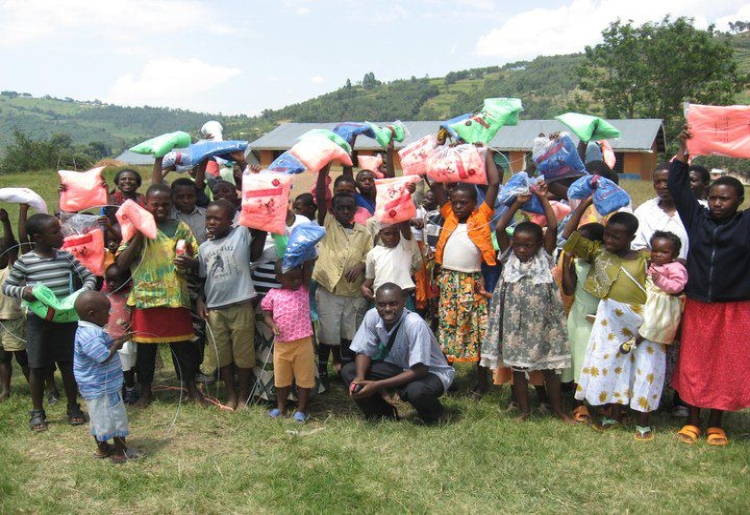 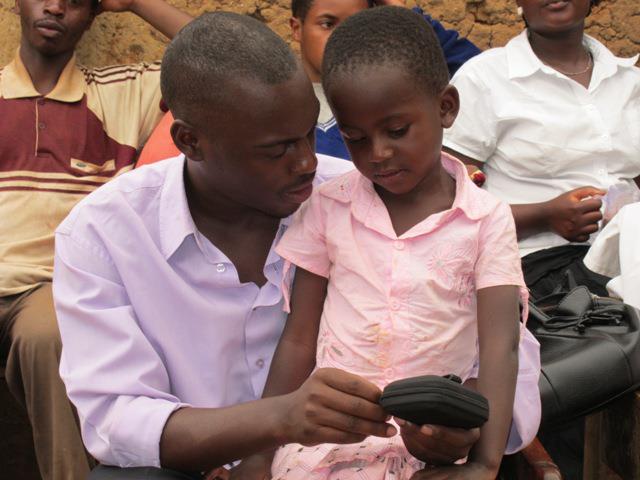 There are few times in life when you meet someone that has such a great care for humanity and a deep respect for others and for life in general that it comes through in practically everything they do and shines a light on everyone around them. These people tend to come by on a somewhat rare occasion for me, at least. And when I do encounter them, they tend to have an impact on my life through their words and actions, even if I haven’t met them in person. Alex Atuheire is one of those people and I am blessed to have the privilege of saying that he is my friend.

But of course, as wonderful a human being as Alex is, it’s not about him. For years, Alex has devoted a great deal of his time and efforts to helping impoverished children, orphans and young adults in the Kabale and surrounding districts of Uganda, operating from Bufuka village on the shores of Lake Bunyonyi. He first conceived of the idea in 2005 and in 2007 his original concept, BOVCP (Bufuka Orphans and Children Project) was founded. In 2011 the name was changed and Amatsiko (meaning “Hope” in Rukiga) was officially registered as a community-based organization with the goal of helping children obtain much-needed resources and support to improve their quality of life. 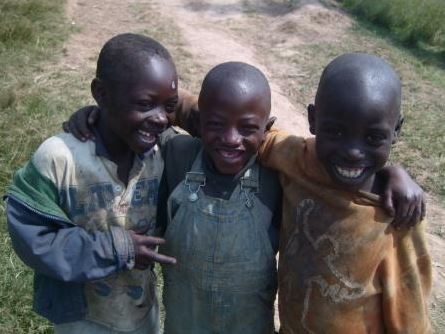 A great deal of the children he helps have been orphaned by one or both parents, many who have died from HIV infection, which unfortunately is quite common in the area. While Amatsiko does not have the capability to provide housing for the many children in these situations as of yet. Alex and his team work with local communities to help find them homes as well as provide them with nutritious food, clean water, clothes, bedding, support, community, love, spirituality, an education, and more…

Alex is originally from the Kabale area himself and is no stranger to the struggles that many individuals face when growing up in this region. After his parents divorced at the age of two, he, his four sisters and their mother all lived in their grandmother’s mud-house, with Alex having to beg neighbors for food on many occasions, and often going hungry. Several years later their father died in an accident an already-bad situation became even worse.

As Alex experienced, himself, in Uganda it’s not uncommon for children to complete primary school but not have enough money to go on to secondary school and subsequently obtain a higher education. Alex wanted to become a doctor, and was fortunate enough to have found a sponsor in Canada who helped him complete secondary education, but after time his sponsor wasn’t able to continue to support him financially and Alex wasn’t able to go onto the tertiary level in his studies. 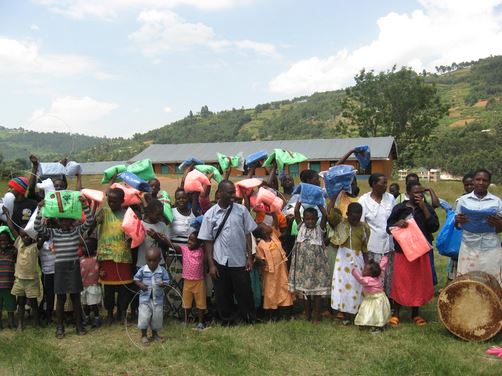 However, Alex still wanted to give back and contribute to the community where he grew up so he may help other children and young adults who are in similar situations compared to what he experienced himself. He witnessed firsthand the conditions that many individuals in the area are struggling to overcome and how even simple things, like nutritious food, a proper education and a loving home and family could help these individuals rise above these conditions and subsequently help others to do the same.

At first it was just a concept that he had brainstormed.. Then it became an actual organization. And now ten years after the initial idea, Alex, his wife Rebecca, Alphonse, and all the other individuals working with Amatsiko have now helped over 2,000 children obtain food, shelter, clean water, and much more. 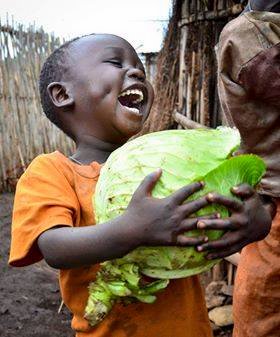 In addition to finding homes and guardians for orphaned and disabled children, they also help them meet their needs for basic nutrition and healthcare. Additionally, they help install gardens for local families and educate them about farming methods and agriculture. They educate the local community about sanitation, hygiene, and prevention of diseases, with an emphasis on HIV, provide mosquito nets to help prevent malaria, set up clean-water systems for families, provide guidance and counseling to orphans, vulnerable children and their families, encourage the moral and spiritual development of these children, sponsor them through formal and higher education, and the list goes on…

In addition to this, it’s Alex’s and Amatsiko’s goals to build an orphanage to house many of the children they are helping, which would allow them to more closely monitor and interact with the children on a daily basis, as well as give them a space to hold health and hygiene workshops. Also, Alex would eventually like to make Amatsiko a self-sustaining organization via income-generating projects such as chicken coops for egg production. Which would not only provide the children with nutritious food, but could also provide a surplus that the community could sell for profit. Once these things are set up for the community, they will be able to expand and help even more people without relying on donations. 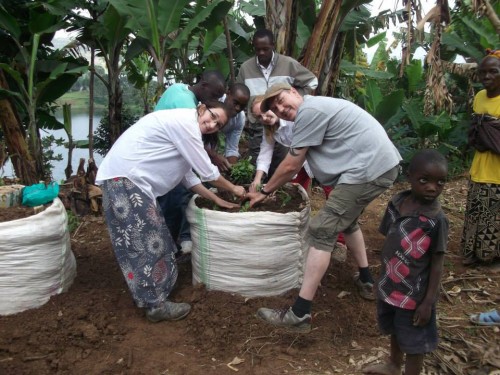 This is the eventual goal and what I hope they achieve, as well. I may run a website called “Moneyless Society” but I also realize that we have to have money at this point for many things. Especially if we’re looking to eventually create a resource-based-economy or world without money where we utilize technology in a loving interest for the benefit of all with no exceptions. I’m all for using money to reach self-sustaining situations and I think what Alex is doing is a perfect example of how we can use simple technology and ideas to work together and improve the lives of everyone involved (including, and especially, those that donate to these types of projects – as I’m sure many of you will agree, there is nothing in this world more fulfilling and nourishing to your soul than knowing you have truly helped someone.) 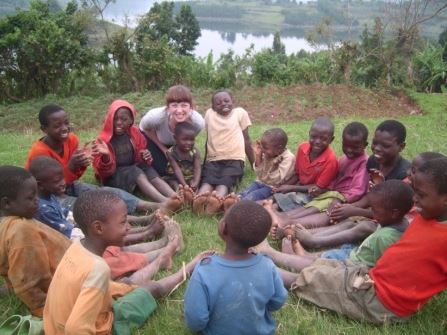 When I think of Alex and what he does, I feel the warmth of love inside my heart. I look at what he has accomplished and I am overwhelmed with a sense of compassion for others, for the joy and love he is able to help others experience. Looking at what is possible, what one person can conceive of and bring into realization, that can help so many people and make an impact in such a dramatic way in the lives around him, is inspiring to me and helps me realize the potential for each and every single one of us to reach out and help one another.

I saw a movie not too long ago called “St. Vincent.” It was a cute little movie (spoiler alert), where this grumpy old character played by Bill Murray, ended up helping a neighbor’s child through some tough situations. And even though he wasn’t exactly the most likable guy at times, this child he helped ended up proclaiming him a saint for all the good things he had done in his life, for a project he was completing at his local school. If you haven’t seen it, I highly recommend it. It was a touching, heart-felt movie. 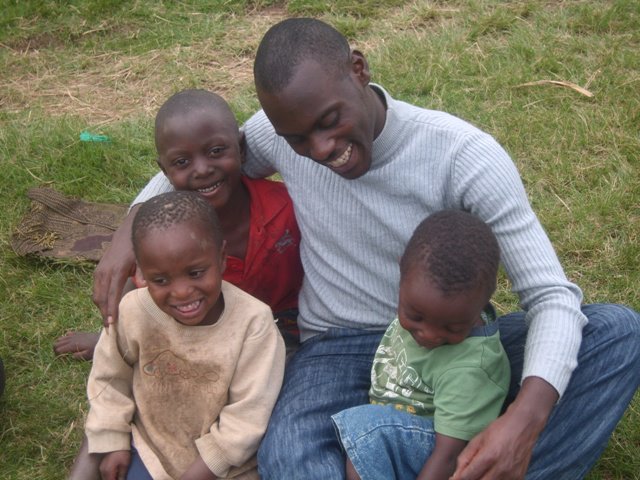 And to bring it back to the beginning, to me, Alex is a saint, and I definitely wouldn’t say that about just anyone. And I really don’t care what anyone else thinks about it, either. Alex is one of those people in this world who has a heart so huge it has the capacity to change the world around him for the better and uplift people’s spirits to a level they didn’t know was possible. That, to me, is a saint.

And if the grouch that Bill Murray portrays in that movie can qualify for a saint, I think Alex could be Pope.

Every time I speak with Alex I feel nothing but the most sincere quality of love, the utmost gratitude, and a truly great desire emanating from him to do as much good in this world as he possibly can. It radiates from his persona like sunlight penetrating into the depths of my soul, it warms my heart, and it makes me want to be a better person. If we had more people in this world like Alex, it would be an incredibly beautiful place to live.

Thank you for all you do, Alex, Rebecca, Alphonse, Seth, Alison, Saturday George, Ronald, and anyone else behind the scenes, working with Alex Atuheire and Amatsiko, to make the lives of others a bit better every day. You are all an inspiration to me and I support you 100%.

If you’d like to contribute to Alex and those at Amatsiko’s efforts to help these children and young adults, please visit their website and take a look at the different ways you can help make their lives a little (or maybe even a lot) better.

Peace, Love, Light and Prosperity to All 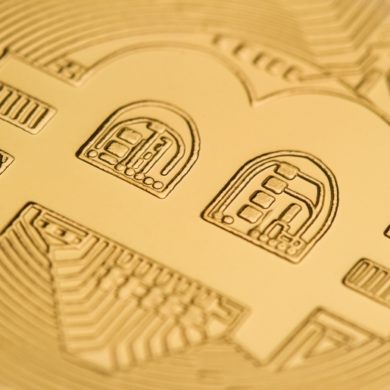 Deciphering Bitcoin and its Future