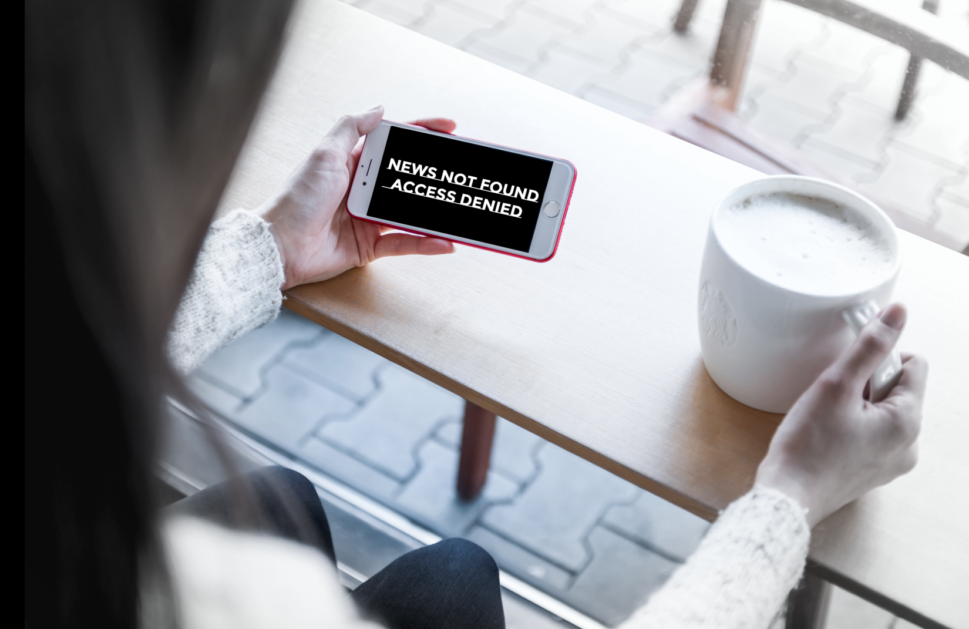 If the Australian Facebook proposal isn’t Orwellian, it, at the very least, is a version of anti-net neutrality in action.

Here [we] are carrying the torch for socioeconomic change and the literal leaders of the world who ultimately dictate social construct are now pledging to withhold news and reporting from the world’s largest online audience.

“The Australian proposal, which is proceeding through the legislature, could prompt other countries to follow suit in a global transformation of the relationship between tech companies and traditional media.”

Wall Street Journal’s report on the proposal emits a sobering tone that’s disconcerting to say the least. The ‘proposal’ is portrayed as a benevolent implementation on the premise that journalism would generate more revenue on social media by bottlenecking access to news media through monetized avenues only. However accessible ONLY to big tech companies with deep pockets. Resulting in the absence of news in Australian user’s Facebook feeds as well as removing Australian news outlets from everyone’s feeds, worldwide.

Of course, what all that corporate jargon translates into is more profit for Big Corp which boils down to even more unequivocal control of the media. Think about it …if tech giants ‘have to pay news media and journalists’ to share news content, guess who has the prerogative of choosing which content gets shared to the masses? Not to mention the fact that transforming the news/reporting sector into a market for the elite effectively legalizes corporatism on an unprecedented level, allowing for blatant manipulation of ‘the truth’ regarding real vs fake news.

Essentially, this proposal is directly incentivizing the privatization of the virtual avenue for sharing/propagating news affiliated media. An incentive that will eventually infect every aspect of traditional media.

(Not that there’s an astounding faith in mainstream reporting sources these days, anyway.)

To put it all into simpler more relatable terms, let’s employ a scenario …

You’re wondering about current affairs, perhaps the latest in politics or the scoop on relief efforts in response to a recent event, so you turn to your favorite social media platform to see what everyone’s saying.

You scroll and scroll, but nothing. Nada!

You Facebook search the news headline of interest – nothing.

You try googling, but there’s no Google! And no trace of local or international news in your everyday feeds.

“The impact of the move was felt immediately, as the Facebook pages of top Australian media outlets went completely blank. Some hiccups in the blackout’s implementation also arose, with links to some non-news industry content—including information from Australia’s national weather service—unavailable.”

Pure and conniving genius is at play here,

wherein no one’s respective rights to free speech or participation in the free market, are being threatened. Legally. Since legally a privately owned entity such as Facebook may choose what content to and not to allow on [their] platform. And news outlets will be allowed to continue operating as usual, albeit offline.

Hardly a consolation when it’s estimated that a collective of publishers will wind up $300 million in the hole due to non-visibility. What’s more is the efficacy of grass roots journalists and organizations will suffer tremendously without access to news content nor the social networking space to share the media that’s crucial to structuring well-informed and effective human rights movements.

So my question is, did anyone have ‘ journalism goes completely extinct thanks to tech giant’s ‘invisible hand’, effectively squashing the momentum of all populist movements’ on their bingo card?

Because I did not. But I do have a sprawling ‘prole’ wardrobe.

Bookmark Moneyless Society for Up-To-date coverage on the impact of current affairs and the latest emerging news on sustainability movements.
Join the MoSo online forum here