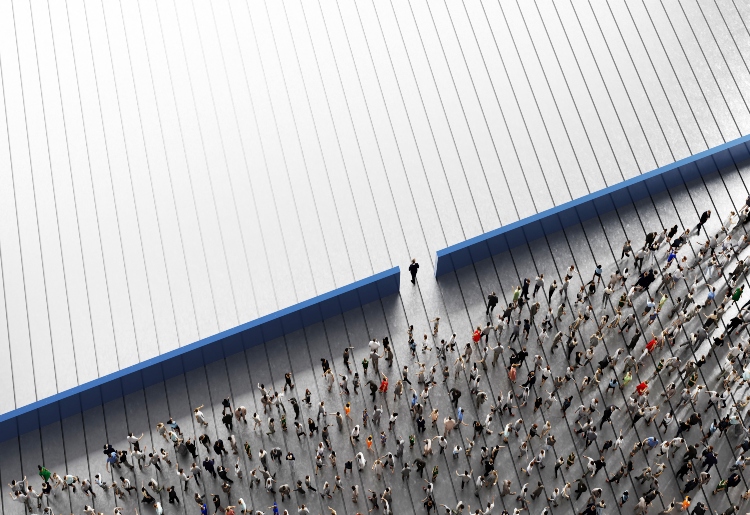 Comradery has been the key force sustaining proletarian efforts in the ’20-’21 Indian protests. The people are well organized, disciplined and efficient. They are united, despite individuality. A lack of class stratification (as we know it to be in the States), subsequently the absence of otherwise inherent divisiveness, greatly aides in their ability to unite under a singular premise. Though injury and deaths have occurred during the anti-‘black laws’ campaign, causalities have been largely in part due to natural causes such as exposure to harsh winter weather presiding over the protests. Not excessive police brutality or military forces. (Aside from an initial surge.) Most notably, not from any counter protests. And that’s probably what sets this revolution apart from all others that have occurred since the Industrial Era reared its ugly head.

To clarify – there’s no bipartisan warfare and accompanying propaganda to distract the people from their objective. That is to say, India’s sociopolitical stage is occupied by one group with one objective vs the government. Not a main group of insurgents attracting a counter strike by a contrasting ideology, as well as engaging several other novel factions, all with opposing views, compounding the initial issue, leading to further polarization rather than any resolve. Instead, 42% of the Indian population has managed to unite in consensus, despite individual differences, big and small.

Let’s pause for a moment and let that statistic sink in. 42% …

No red vs blue. No white vs black or brown. No left-this, right-that or neo-what? No polarization among the people. Just MILLIONS of people who share a few, very important values – the desire to eat, be sheltered, earn a sustainable living. Lo and behold, a successful endeavor made possible in the absence of a machine which inherently produces and perpetuates anti-communal human behavior.

The arm of capitalism which requires acquisition of resources in order to secure means of production for the sake of profit IS privatization. The age old argument that privatization is a necessity within the ‘free market’ exchange is no longer relevant given the fact that selling out otherwise community-owned/democratically operated municipalities, breeds scarcity, thus corruption. History provides ample evidence of this pattern, as objectively outlined by this Harvard Business Review. Yet it’s said that private investors are a pillar of an opportunistic economy and, in India’s case, as with eventually all respectively developed countries, the savior which shows up ‘to the rescue’ the moment there’s a crack in the infrastructure of any country which possesses valuable resources.

Which begs the question, if private investors are necessary to the logistics of monetary socioeconomical longevity, and possess the purchasing power to bail out governments and their countries, who’s really in charge when it comes to dictating social structure?

The direct result of common wealth resources becoming privatized is the materialization of inequalities, presenting as the class ladder. Composed primarily of bottom feeders, then blue collars, white collars and at the tip top, the elite. The class ladder can then be extended to expose rungs for accommodating innumerable compensations, which are no more than ego pacifiers that keep ‘The Jones’ striving to reach the top.

What’s at the top? Total social inclusion, of course! iPhones, shiny cars, big tv’s, trendy fashions …ya know, all the important stuff! But it’s what’s in-between the top and bottom step that spells defeat for any peoples of a privatized nation attempting to unite for one cause.

Even at face value, it’s baffling to consider all the nuances at play when attempting to answer the question of CAN Americans succeed in a similar rebellion? Just as it’s puzzling to most Americans that one nation of people could ..well ..behave as a nation. How did all those people, at one point – millions of people- come together, anyway?!! Why didn’t they fight over leadership roles within the movement? How did they progress without having to traverse the gaps of several petty diversifications? And how did they hold out so long without giving into the elements, into the fear and doubt looming in the air or …without giving into their egos?

Generally speaking, and to no surprise – collectivism. Which seems to be synonymous with Communism-the single dirtiest word to the ‘free world’ which covets the ‘right’ to make choices regarding everything from ‘which employer to sell one’s soul to’, to which streaming channel to utilize for escapism. Indeed, with a lack of artificial individualism (manmade hierarchy) there exists less polarization, allowing for a more seamless unification. And so, the farmer populous, young and old, male and female, lower class and middle class, have marched and occupied for months on end and to an unprecedented milestone, in many respects. (Read more here.)

The Indian Revolution of 20-21 is hardly an other-worldly phenomena of sorts,

when you consider the fact that the human is a social creature. Additionally, that the hierarchy of needs will, by default of primordial programming, ultimately dictate our priorities. That is to say, the fundamentals of survival (basic needs) predicates [our] social choices. What is phenomenal and nonlinear regarding revolutionary history, is the fact that India’s farmer populous of over 100 million, amidst perhaps the most divisive era in human history, simultaneously recognized and responded to the threat of suffering beneath a top down opposition of slave wages for the people and maximum profit for the investors. Not to mention, they effectively avoided becoming a multiple-ring circus of Stockholmed capitalist supporters, as Americans have evolved into since the competitive market propaganda really took hold some 75 years ago during WWII.

India now serves as the poster child for the rest of the oppressed world. If America is going to achieve any tangible, utilitarian change for a Moneyless Society transition, India’s protest will need to be repeated throughout the States, aimed /not/ at the government but rather the stakeholders whom puppeteer those that hold office.

The hegemonic position of Big Corp must be destabilized in order to affect any real change.

India’s main advantage stemmed from the fact that Big Corp hadn’t yet infiltrated their cultural foundation, busting it up into a million polarized pieces which each serve a different faucet of Big Corp’s agenda, effortlessly perpetuating the systemic effects of the machine, resulting in segregation of otherwise unified peoples.

Alright. So you want change?

Then you’re going to have to

A. Put aside all the arbitrary diversities which segregate society into cliques.

That means, if only temporarily, we must put aside all those things that ‘make us unique’, such as sports teams, music genres, gender identity, ethnicity, skin color, income bracket, social status, politics, religion, favorite artist, handicaps, how you like your steak cooked or which Vegan Artisan Cafe serves the best …… you get the point. Then come together, aimed at a singular target for a singular, egalitarian agenda – for everyone to eat, be sheltered, receive healthcare, pursue happiness. EVERY ONE.

B. Take back control of the means of production, inherently crippling widespread, corrupt privatization.

To sway the government towards practicing inherently resource based economy agendas, the purchasing power as well as the lobbying power of Big Corp must first be removed. Not as convoluted as it sounds, and not nearly as intimidating as other historical movements. As previously written in this article, no volatile, cinematic surge is necessary. No occupying of factories or surrounding of fortified government buildings. No deadly face offs with armed forces pitted against civilians.

All this neo-revolution requires is your participation in a communal strategy which entails boycotting the ‘9 to 5’ while you and your neighbors employ mutual aid in order to hold out long enough to cripple the giant(s), thus facilitating a space to enforce demands.

Then and only then will more than a century of talking the talk finally make the walk. If you want to make a change, ironically, we must first all decide to be the same, to some degree. 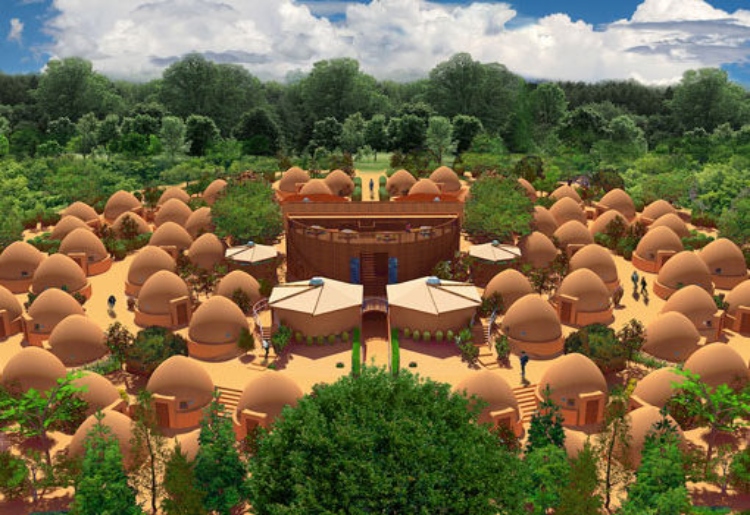 For The Highest Good Of All; One Community Global Building Better Way Of Life