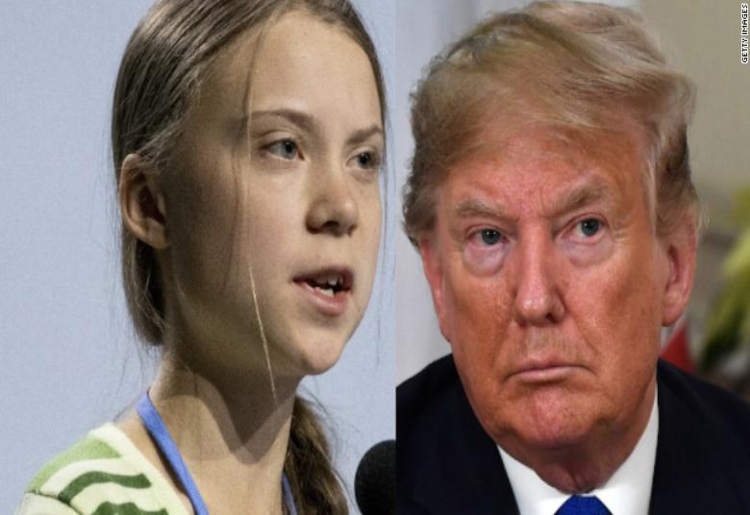 While 2019 was full of many notable events and occurrences, one of the more underrated, yet significant occurred at the United Nations.

It was September 23, 2019, and the venue was the United Nations Climate Action Summit. 16-year-old Greta Thunberg, the teen climate activist who was later named the 2019 Time Person of the Year, had delivered a fiery address at the summit, saying that world leaders were prioritizing “money and fairy tales of eternal economic growth” over environmental challenges that Earth is facing.

Another attendee at the summit – President Donald Trump, who listened to speeches by Indian Prime Minister Narendra Modi and German Chancellor Angela Merkel for about ten to fifteen minutes. As Trump was walking through the UN building, he momentarily crossed paths with Thunberg. While the two influential leaders did not speak to each other, Thunberg’s icy glare toward Trump became an instant Internet GIF.

Even though President Trump himself could take some time to study the “Be Best” campaign, his interaction with Thunberg was more than just a case of Presidential bullying. In fact, it was the perfect example of the stakes in the 2020 Presidential election. Even to this point, the Trump administration has taken a sledgehammer to efforts intended to curb climate change. The damage is vast, ranging from the American exit from the Paris Climate Agreement to the 95 environmental rules being rolled back under the Trump administration.

On the other side, there is Thunberg. Though still in her youth, she effectively represents an optimistic future, where humanity doesn’t mock or ignore the climate change threat. Instead, they confront the issue head-on and are willing to take on near-term costs for long-term gains.

While it is often said that the upcoming election is the most important of our lifetimes, it is absolutely true this year. Ultimately, we have a choice of buying into the vision of President Trump or Greta Thunberg. The choice is stark, yet in our opinion, quite obvious.

The Future is Getting Darker

Because we are constantly surrounded by screaming headlines and short-term takes on the day’s news, it can be difficult to see the dire straits of current environmental policy. To put it simply, we are living in an age where massive action is needed to pay up for past and current mistakes. While this is already discouraging, what is even more discouraging is that the Trump administration refuses to do much about it. In fact, it has been making things worse. Along with pulling out of the Paris Climate Agreement, the EPA has loosened regulations on toxic pollution, has expanded oil and gas drilling, and has opened public lands for private business.

The administration has even tried to eliminate analysis or reports on the effects of climate change. According to a Politico report, the Trump administration has buried dozens of U.S. Department of Agriculture studies that have assessed the impact of climate change. And just several days ago, proposed changes to the National Environmental Policy Act would eliminate climate change from being considered when federal agencies are assessing the environmental impact of highways, pipelines, and other major infrastructure projects.

But this darker future isn’t all due to President Trump—although he may have the most power and the biggest megaphone. Discussions of environmental policy must be tied in with a discussion of economics. While there is mixed evidence about whether there is actually a trade-off between addressing climate change and continued economic prosperity, corporate America must be doing more to address any potential economic shortfalls.

The unfortunate reality, however, is that inequality continues to rise in America. Some leaders in corporate America—like Abigail Disney—have called out exorbitant CEO pay and advocated for higher worker wages, the vast majority of companies have spent their free cash on stock buybacks rather than wage increases.

Ultimately, we cannot look at the future in a vacuum. Climate change and environmental policy are linked with economic policy, foreign policy, and even social media. With such an existential threat on the horizon, we must leverage all of the tools we have for any chance of reversing these troubling trends.

Hope on the Horizon?

As referenced above, the Trump administration is causing the most damage at arguably the worst time. When you have a president who refuses to acknowledge the effects of climate change, you know that the situation is dire. While it is difficult to predict the future, it is all but certain that President Trump’s reelection will exacerbate the damage from climate change. By the time he leaves office, it may not be too late.

That said, he isn’t the only one with the power to affect this issue. As voters, we have a say. Many voters, especially those who are younger, are more likely to follow an ideology that wants more aggressive action to take on climate change. Let’s call it the “Greta school of thought.”

From an overarching perspective, the Greta school believes that climate change is real and that humans are major contributors. Along with this, it believes that its elders have failed to take the appropriate action to save our planet. Aggressive action is needed, even if it causes short-term monetary pain. But even beyond climate change itself, the Greta school recognizes that the American Dream is out of reach for many of us. While we theoretically may be able to pull ourselves up by our bootstraps, today’s economy is failing many of us. Whether it is wages that fail to rise with inflation or student debt that will take decades to pay off, the odds are not in our favor.

Naturally, members of the Greta school would be more likely to support those on the Democratic ticket over the Republican ticket. But having said this, they can support a wide range of candidates. At the very least, many Democratic candidates for president believe that climate change is real and that we must do something about it. Nevertheless, their approaches may slightly differ. It is up to us to research these nuances and put our full support behind a candidate that can make a difference.

Most importantly, however, is that members of the Greta school must get out and vote. Signing an online petition or retweeting a clever tweet isn’t enough. Instead, we must find the time to get to our polling stations and cast our votes. We don’t need to tell you that younger people are less likely to vote than older people. We need to combat these stereotypes and make our presence known on November 3.

We Have the Power

Whether you are a member of the Greta school or oppose President Trump for other reasons, the simple fact is that his reelection will mark a turning point. The health of our planet is already in dire straits. With four more years of President Trump, it may be too late.

Therefore, don’t forget that we have the power to make a difference. We can, and should, show up on election day. While the future may be grim, our actions can make it much brighter. 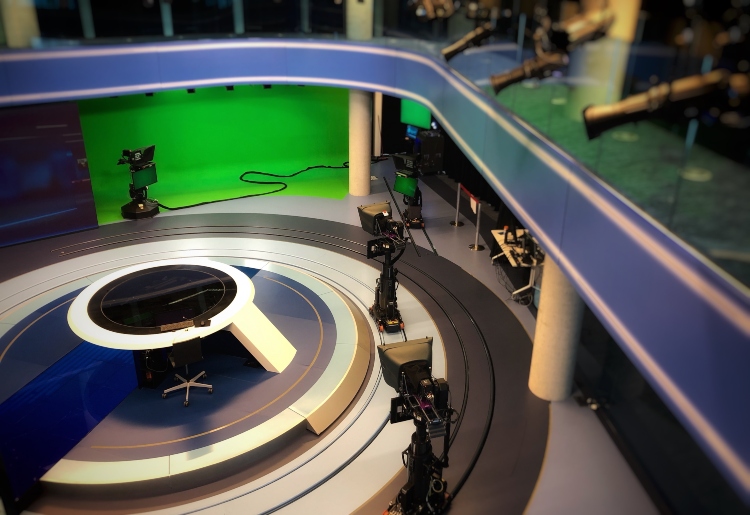