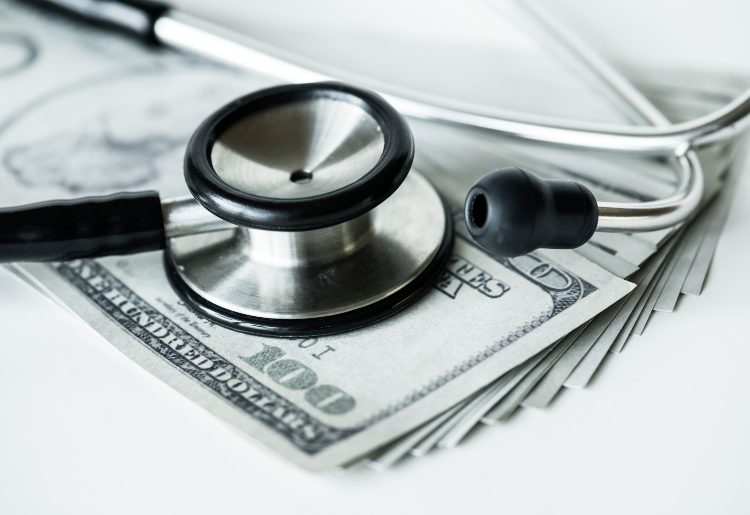 Healthcare Gouging: The Price We Pay

Class stratification, which is the result of wealth and asset inequalities throughout society, results in a plethora of subsequent inequalities but perhaps none so inhumane as healthcare gouging/poaching. Sounds made up but rest assured, ‘it’s a thing’. And it’s something that’s on the rise. From the elite-catering, on-call healthcare providers in California to the most impoverished and uninsured people of Kentucky, the overall health of American citizens has declined while profits have increased.

According to the NHEA (National Healthcare Expenditure Accounts), the price for healthcare coverage, stock futures and expenditures are all expected to increase exponentially over the next seven years, while the percentage of American citizens who are insured will decrease. In other words, higher prices within the healthcare system to compensate for lower numbers of people who can afford to be insured. A staggering projection considering there already exists an alarming number of uninsured or inadequately insured people as a result of the system itself.

The Importance Of Demographics

Kentucky, which happens to round out the top three states with the highest rate of welfare insured (Medicare/Medicaid) and the top five ‘poorest’ states in the country, makes an excellent poster child for the detrimental effects of a monetarily incentivized healthcare system.

For instance, though the U.S. Census Bureau claims only 18% of KY residents meet the federal poverty guidelines, millions more families/individuals fall through the massive crack between the federally declared poverty line of approx. $20,000/yr and the actual, sustainable (median) income of $50, 589/yr. In fact, according to the same report, most Kentucky households cash in at only half the livable annual income at approx. $28,000/yr. What does this all mean? If we dive a little deeper it becomes clear that America’s healthcare infrastructure is little more than a crumbling monument the developed world once aspired to, though still a pillar of the capitalist machine. Who is insured, by what means and for which services, tells a tale of scandal only America could live up to.

For starters, of the 18% of KY residents that aren’t insured, 84.3% are comprised of the working class, ranging in age from 19-64 yrs. old. Yet the working class made up for 61% of healthcare expenditures in 2019. Of the $1, 192 BILLION in healthcare expenditures, approx. 40% were classified as ‘Hospital Expenses’. And it’s no wonder when you consider the exorbitant prices being charged for everything from Tylenol to MRI’s.

Enter in Exhibit A – Mr. John Atkinson, a citizen of Pikeville, KY (oddly enough, situated approx. two hours from three of KY’s major cities – Louisville, Lexington and Berea) was recently hospitalized for a non-Covid related illness at the region’s hospital, Pikeville Medical Center. After a month of intense treatment for blood clots and seizures, he was delivered an insult to injury in the form of a nearly $1 MILLION hospital bill, upon discharge. When I heard about his story, I reached out to Mr. Atkinson for more context. He graciously replied and with ample proof that he had in fact been gouged with more than medical equipment.

“I literally had a panic attack when I saw the bill. I had to call my brother to talk me down.”

When asked if he intended on pursing any legal action, he simply replied, “They’ve bought this whole town. Not a lawyer within a hundred miles would dare even try.”

Thankfully, Mr. Atkinson belongs to the 71 % of KY residents insured through Medicare/Medicaid.  (FYI – Medicare is a federal program, while Medicaid is a hybrid of both State and federal.) Which, by the way, racks up the second highest ‘costs’ per capita, averaging $11.000/person/year. According to this report from CMS.gov, in 2019, Medicaid expenditures accounted for $799.4 BILLION of the NHE. The domino effect becomes clear as monetised healthcare leans into privatised and then into monopolised. Investors stand to gain the most from the state/federal insured populous, which happens to be the least educated and the most vulnerable.

Below is highlighted some of the most outrageous expenses from Mr. Atkinson’s 100+ pages of itemized charges resulting from his month long hospital stay. With no background on code or medical script, it’s easy to see why the average healthcare consumer would be deterred, or all together misled in trying to make sense of the charges.

If we readjust our focus to consider that the narrative we’ve been fed all along is angled to sustain a monetized agenda, it becomes unarguably clear that the ‘cost’ of healthcare translates into profit for investors. In layman’s terms, the age old gripe about ‘how much healthcare is costing us’ as a nation, is actually a front for how much healthcare investors are profiting off our illnesses by employing the profit margin strategy to our healthcare system. a.k.a. Allot the working class as little as possible for their investments (taxes, labor to employers) whilst charging them the highest rates possible on the consumer side of the deal. EDITED FOR CLARITY: Another example can be found between the lines of the Wage Index Adjustment made by the Trump Administration in 2019. While the changes do narrow the aforementioned gap by reducing healthcare costs for the uninsured and impoverished, the healthcare providers, be they private practices or entities, are more than adequately compensated for the difference. What’s so bad about that? Absolutely nothing if we ignore the fact that this implementation occurred around the same time that 21 regional healthcare facilities were bought up by the same entity (Ballad Health), monopolizing healthcare access and quality whilst lining the pockets of the involved investors with guaranteed government subsides of up to 77% of cost for each patient meeting the criteria set forth by the new legislation. For more on Ballad Health regarding this topic, click here.

The Tri-Cities of East TN, nestled in the Appalachian Mountains, was recently monopolized by Ballad Health, an umbrella corporation of sorts that has been rapidly swallowing up healthcare facilities, namely hospitals, across the impoverished areas of Northeast TN, Southwest Virginia, Southeast KY and Northwest NC. Conveniently, all these areas are located along the Appalachian mountain range, comprised of some of the lowest income demographics and highest rate of Medicare/Medicaid insured. What’s most intriguing is the fact that their mission statement proclaims to “…honor those we serve by delivering the best possible care. Our vision is to build a legacy of superior health by listening to and caring for those we serve.” yet genetic testing, which is a 99.9% reliable form of determining safe and effective treatment, isn’t covered by Medicaid without extensive reasoning and doctor’s prior authorization. Also, [its] not part of the doctor/patient dialogue.

Instead, patients are still being milled through the same old process of trial and error when it comes to determining the best medication or treatment for any given illness, be it mental or physical. For example, someone seeing a psychiatrist will be asked to ‘trial’ up to three medications before Medicaid ‘will pay’ for the optimal medication. A cancer patient will be subjected to whatever form of cancer treatment the doctor suggests, even though genetic testing can pinpoint key factors of the illness, thus providing a comprehensive map of how best to approach treatment and which form of treatment would provide optimal benefits with the least risks. Perhaps most discouraging – even though the fact that UTI’s are increasingly among the top reasons for death in long term care facilities such as nursing homes, or at the least, a contributing factor to other demises, genetic testing has not yet been employed.  An UTI can develop quickly and progress rapidly in the frail and immune-suppressed body of the elderly, so time is of the essence when detecting and treating. A conventional, culture based test has a 3 day turnaround time with approx. 60% accuracy rate. A genetic test comes back in 24 hrs. with a 99.9% accuracy rate and includes data for optimal treatment, resulting in the avoidance of misprescirbing/overprescribing. The fact that a tool for saving lives, preventing illness and eliminating costly, sometimes deadly trial and error in treatment isn’t being widely employed, should be all the proof needed that the monetary system inherently avoids efficacy of efficiency for the sake of profit.

Blatant disregard for the patient’s well-being doesn’t stop here. Among all ages, ethnicities and walks of life, there are detrimental effects being imposed via the monetary system and its nearly unregulated control over the health of society as a whole. Most people can’t afford to buy insulin and groceries in the same week. The elderly are forced to put the ‘home place’ up for sale after entering into long term care, which presently averages $3,500/month per person.

An elderly man and his wife, residents of the earlier mentioned Tri-Cities area, have recently been overwhelmed with reoccurring medical expenses that exceed $5000/month due to their need for around-the-clock care. When the husband was asked why he doesn’t commit he and his wife to a long term facility, he replied “ I’m not giving up everything I’ve worked for to the State to sit in a stinky room in a crowed building of sick people where there’s never enough help to go around.”

Pharmaceuticals can’t be left out of the equation either, as that market accounts for $345.7 BILLION in healthcare expenditures. (Fiscal year 2019, Statista)  Take for instance Chuck, a second generation Irish/German immigrant in NY, NY. In his early 80’s, he’s still a proud advocate for the American Dream though he admits he’s had to crossover into Canada to purchase his wife’s medication at an affordable price. Before he discovered other options he was tasked with affording $3,000 A PILL, but can now purchase all of her prescriptions for $3,400/month.

Also notable is the fact that fewer ‘young people’ are planning to have families because they simply can’t afford the healthcare bill for routine medical maintenance. At 20 yrs. old, Sydney, an employee of the healthcare industry  who particularly caters to the disabled and temporality incapacitated via providing in-home services, disclosed to me that she’s paid a mere $8.75/hr., offered no benefits or insurance and must work 70+ hours a week to afford to pay rent and living expenses. She’s among the demographic that ‘makes too much’ to qualify for state and federal insurance programs but ‘doesn’t make enough’ to afford Marketplace insurance coverage.  “I’m trapped in this weird (income) gap where I hope I don’t die.” she stated as she explained how she doesn’t participate in all the activities she used to enjoy such as hiking frequently, due to fear of ruining her financial future with medical bills.

America is terminally ill, infected with the untethered irrationalities of the monetary system which inherently breeds disease both physically and fiscally. But there’s a cure. That which generates the systemic issues of greed and competition must be done away with if human kind can ever hope to live a truly healthy life. Money must be removed from the equation to allow for lifesaving technology to be utilized and access to life-sustaining resources to no longer be held ransom. As along as money is in the picture, the profit margin will prevail over all else and life will continue to be a commodity. 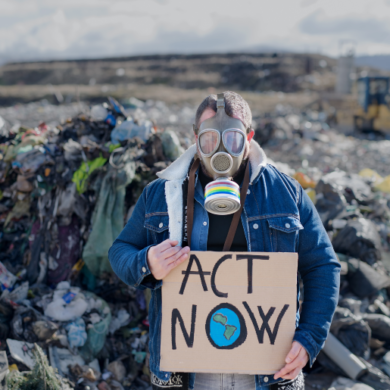